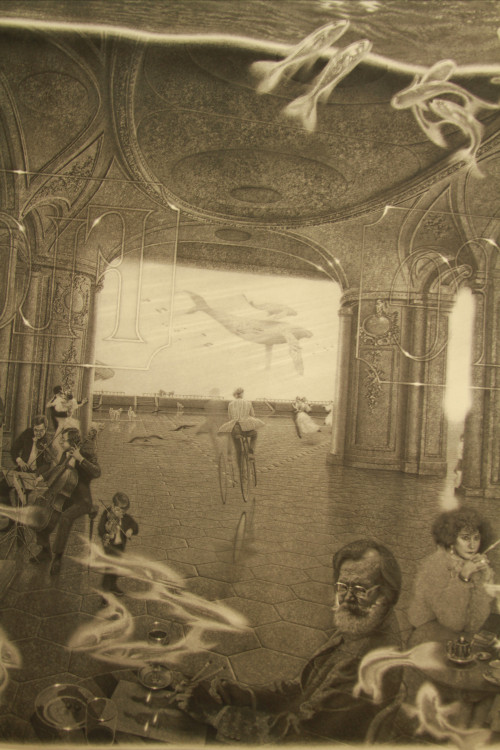 An exhibition featuring works by internationally known printmaker Peter Milton will be on display in the gallery of the Temple College Visual Arts Complex beginning Saturday, Sept. 14.

The show is titled “The Enigmatic Drawings and Prints of Peter Milton” and will feature 27 etchings and drawings, along with the artist’s notes for some of the pieces. This is the first major retrospective of Milton’s work in Texas since 1969.

“Peter Milton is one of the most honored and respected printmakers in the world today,” said Temple College Visual Arts professor Michael Donahue, who organized the exhibit. “He produced an amazing body of work in more than six decades of printmaking.”

Studying at Yale with colorist and designer Joseph Albers, Milton discovered he was colorblind and has spent a career engraving and etching copper plates with unmatched sensitivity to black, white and gray. His works, which can take as much as a year to complete, are collected by major museums around the world.

More recently, Milton has forayed into digital technology to create his graphic works. His digitally produced prints  ̶  whether in limited editions printed on paper or presented on film in light boxes  ̶  still demand as much time to conceive, create, alter, revise and finish as his earlier works.

The works in this retrospective exhibition range from some of Milton’s earliest prints to his latest digital images.

An opening reception for the exhibit will be held Sept. 14 at 7 p.m. At the reception, guests will have the opportunity to watch a video interview with the 90-year-old Milton that was taped at his studio in New Hampshire in October 2018.

The exhibit will be on display through Nov 5.

The Temple College Visual Arts Complex is located at 2105 South 5th St. in Temple. Gallery hours are 8 a.m. to 4 p.m. Monday through Thursday or by appointment.